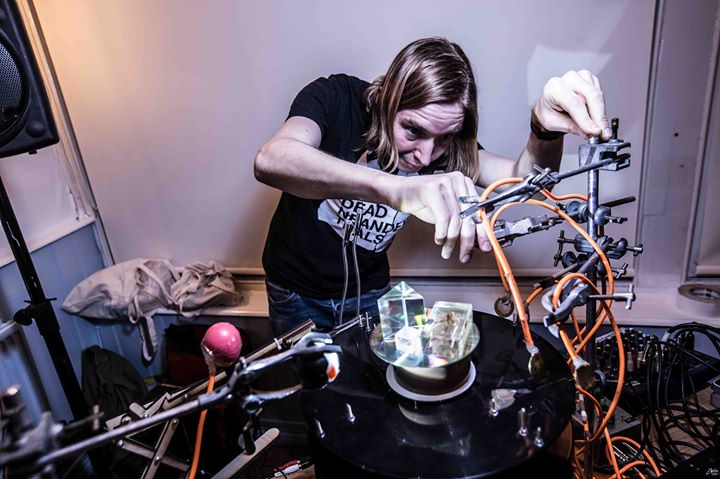 Mechacnical Techno is a an audio visual performance using a record player as a sculptural sequencer.

Check out his performance from Boiler Room, London here:

Graham Dunning [b. 1981] is self-taught as an artist and musician having studied neither discipline academically. His live work explores sound as texture, timbre and something tactile, drawing on bedroom production, tinkering and recycling found objects. He also creates visual work, video and installations drawing on these themes.

Much of the work evolves through experimentation with different processes: considering the methods by which sounds become music; process as a continuum encompassing both improvisational and procedural methods; and testing analogous processes across different media.

Graham has performed solo and in ensembles across the UK, Europe and Canada, and exhibited in the UK, Europe, New Zealand and USA. He teaches Experimental Sound Art at the Mary Ward Centre in London and also gives various independent workshops. He has released through Entr’acte, Seagrave, Tombed Visions and more.