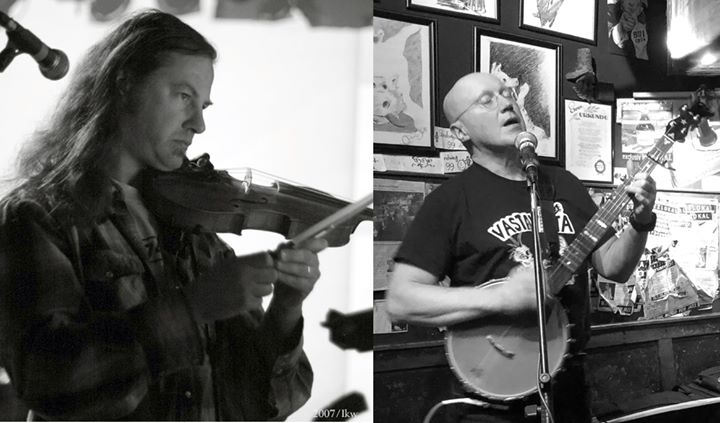 Multiinstrumentalist, singer, songwriter and composer Jonathan Segel (Øresund Space Collective, Camper Van Beethoven) is heading across the Gulf of Bothnia to do a couple of shows together with Tampere's own L. Don Ōkami. Expect a great night of songs, tunes and improvisations, solo and probably some together too, somewhere in the space between folk, pop, drones and psychedelia.

Jonathan Segel
www.jonathansegel.com
jsegel.wordpress.com
music.jsegel.com
Jonathan Segel is a composer, performer and multi-instrumentalist. He plays guitar, violin, computer, keyboards, electric bass and sings. In addition to his long-time membership in cult band Camper Van Beethoven, he has studied with such greats of contemporary music and improvisation as Fred Frith, Pauline Oliveros and Joelle Leandre. Since moving to Sweden in 2012 he has also been active in improvised space-rock band Øresund Space Collective and the trio Sista Maj, as well as releasing the acclaimed double solo album "Superfluity". It's a rare pleasure to have Jonathan in Finland for some solo shows.

L. Don Ōkami
L. Don Ōkami is the nom de banjo of Tampere transplant Don Lupo from South Carolina via Switzerland, Germany, Japan and Ireland. Don has been playing Americana for almost 50 years and clawhammer banjo for over 30. After many years focusing on traditional music from the southern US, he has started exploring the space between folk music, drones, noise and banjo with the aid of loopers, effects and collaborators, and his first solo album “Judgement Day in Pyynikki” will was released on Hulina Records in 2018. In addition to his solo work, Don played experimental folk for 7 years with The Fractal Cauliflowers, put out an EP of drone metal banjo with the trio Banj 0))), and now plays traditional American folk and country blues with The Candyland Crawdads as well as punk-Americana and doombilly with Dark Bottle.